No Salt Added at The Annex Bar and Grille

I must have driven by The Annex Bar & Grille on Pettibone Road in Solon several dozen times over the last number of years. Friend and fellow food blogger Nancy lives close by The Annex and every time I would drive to or from her house, I'd pass by the small structure. I never even gave it a second thought until recently when Nancy contacted me to tell me that two old friends, Walter Hyde and Scott Slagle (of Fat Casual fame) were now working certain shifts behind the bar and the grill. Not only that, but apparently they were doing some low/no sodium items on the menu for lunch.

After doing some initial research with Walter, I met up with Nancy and her husband for lunch just a few weeks ago to check things out. It turns out that The Annex has a policy of not salting anything on the menu. Here I was all prepared to say, "no salt, please" to everything I ordered, but as it turns out, there was no need to. Now, that being said, there are still only a couple of menu items that can be done low/no sodium successfully because much of the food is traditional bar food -- highly processed frozen items that can be quickly cooked or deep fried during service. These items (and there are many of them) can't be done without salt because they are seasoned even before they are cooked.

The first item I tried was the burger. The burgers come in two sizes, a one-third pound patty and a two-third pound patty. I was feeling particularly hungry that day, so I went with a two-third pound burger, medium rare with just some lettuce and tomato on a toasted (but not buttered) bun. While The Annex doesn't use salt, it does use butter, so if you want a toasted butter-free bun, make sure to order it that way. Paired with my burger was an order of their fresh-cut fries, also completely salt-free: 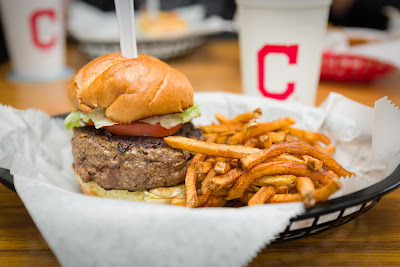 I have to say, for a measly $8 for this combination, this was a pretty damn good burger! Now, of course, there was some natural sodium in the beef and the bun was just a regular hamburger bun (so probably around 200-250mg of sodium), but for around 300-350mg of total sodium, this was a great way to kill the craving for a burger and fries. And at two-thirds of a pound of ground beef, it was VERY filling.

On every table (and presumably the bar), there was a container with standard condiments. Since I knew I wanted some ketchup and mustard with my meal and knowing that regular ketchup and mustard pack a large sodium wallop, I brought my own. I've done that twice now and nobody seems to care, so if you want sodium-free condiments, do what I did and bring your own. To be fair, malt vinegar was available for your French Fries, but I kind of prefer ketchup.

It was also during my first visit that Walter informed me that the chicken breast wasn't brined and would therefore be a good choice, too. I decided to take him up on that bit of information and several weeks after my first visit returned to order the grilled chicken sandwich with a side of the same fresh-cut fries: 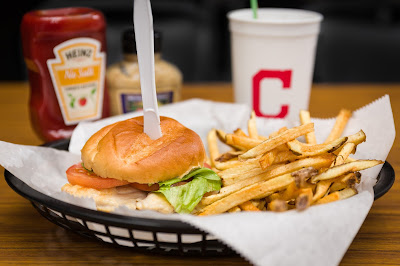 In the second image you can see my sodium-free ketchup and mustard in the background. Heinz makes a nearly sodium-free ketchup that you can find in most regular grocery stores. Unfortunately, the downside to this ketchup is that it uses high fructose corn syrup (HFCS) as the sweetener. It turns out that you can't have your (condiment) cake and eat it, too. Either you get the "natural" ketchup with real sugar that has salt or you get the no salt added ketchup that has no added salt but HFCS. I figure that as rarely as I eat this ketchup, having it twice in six months was acceptable. The sodium free mustard I used was one from Westbrae and is available at Mustard Seed Market (the one in Fairlawn) for about $3 per jar. It comes both in organic and non-organic varieties (and the price varies accordingly). I've found this to be an excellent mustard that I can use liberally since it has 0mg of sodium per serving.

But I digress; back to my chicken sandwich. Based on how the menu reads, the chicken sandwich normally comes between two slices of bread. Figuring a hamburger bun would be slightly lower in sodium than two pieces of sandwich bread (200-250mg vs. 300-350mg), the only change I made was to ask for it on the hamburger bun, again without butter. While it was nice to have the option of either the grilled chicken or the burger, were I to do it again, I'd probably stick with the burger. In the end, it was just the better tasting of the two. The fresh-cut fries, however, were great both times.

The only other option you really have if you're not in the mood for a sandwich is to order a house salad with grilled chicken on top. The only problem is that while they have malt vinegar to dress your salad, I don't know that they have oil to go along with it (you might just want to bring your own).

Will I go back to The Annex? Absolutely. For $8(ish) for either a healthy-sized burger or chicken sandwich with fresh-cut fries, it's a great deal. Is it the best burger I've ever had (price aside)? No, but it's pretty darn good and I wouldn't hesitate recommending it to others, especially if they're looking for low sodium options.

Thanks for giving me a possible place for lunch when I'm near The Annex. About once a month I'm in the area. Also, I'm so glad you're posting again. I missed your reports of eateries. You've saved me a few bad meals in the past.